In this modern connected world of social media there is the general consensus that we know everything about each other's lives. Every moment is photographed  for Instagram, every witty thought shared over Twitter and every social event becomes a Facebook status. The critics of Social media often say they "don't want to read what people have had for breakfast" or "see photos of cats". Those against the global need to share believe that too much of our lives is uploaded, but the reality is only half is. We only ever digitally document moments of happiness and success. Our failures or saddest moments don't get shared nearly as often. Not only is this logical, it's healthy. We don't want to remember the worst moments of life and we especially don't want others to remind us of them. But, by shielding the world from the times when things go wrong it presents a slightly warped version of reality. We pretend "everything is awesome" but sometimes this really isn't the case.

I watch a lot of a lot of fellow retro collectors on YouTube. I am a fan of 'unboxings', 'let's plays' but most of all I love a good 'pick up video'. I enjoy seeing what others have bought. I'm fascinated by why they have gone for specific titles and what bargains they have discovered. I'm nosey like that. In the summer months I've noticed pick ups videos tend to appear on Sundays. perhaps this is because it's a day when most people have time to film but I suspect this is also because summer Sunday mornings mean boot fares in the uk. Retro collectors, it seems, love to film themselves talking about their morning spent buying old games out of other people's car boots. Rare games are proudly thrust towards camera, while their new owners proudly declare how cheap they got them for.

My experience of Car boot fares is very different. I get there, spend an hour walking around a muddy school field, looking at pasting tables covered in clutter and I come home with no games. I used to think this was because I didn't get up early enough or go to enough boot fares, but perhaps it's because other collectors only share their success stories. No one ever does a video where they sit ashen faced in front of a camera saying they got up at 5am, went to three boot fares and found nothing but ps2 soccer games. No one wants to record this because it's embarrassing and in reality no one would watch anyway. The problem is though, when these YouTubers only talk success I start to thinkthat that boot fares are always a gold mine for old games and I am missing out by not going. When all you see is good experiences you slowly start to forget that bad times are possible. 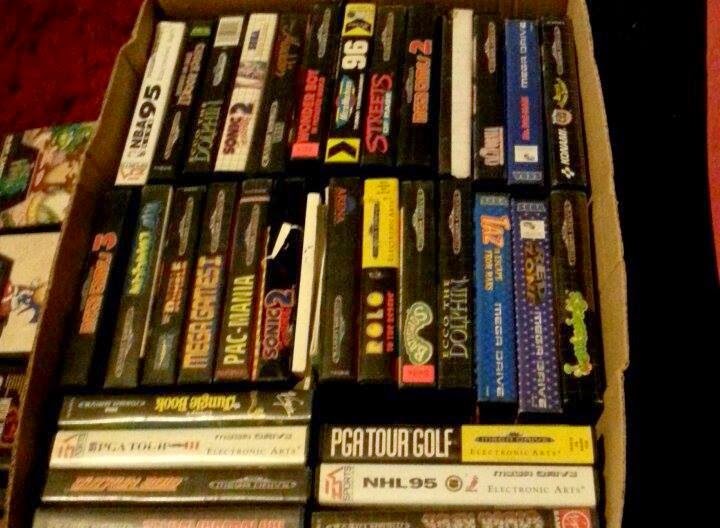 A couple of weeks ago I mentioned a bounty of Mega Drive games that I bought on a local Facebook page. In many ways it's a digital car boot sale; people take pictures of what they sell and other people in the same town buy them. You make your decision to buy based on pictures and any other information the seller wants to give you. You have to act fast as it works on a first come first served basis, so usually I miss out on retro games as other local collectors get there first. On this occasion though I was successful and got 48 boxed games, 4 controllers and a 16 bit Sega system for £60.

I was so excited when I told my followers on twitter and enjoyed the congratulations they showered on me. Usually nothing more would be said. My Twitter followers would be left envious of my haul and I wouldn't want to say anything that may suggest things were less than rosy. The problem was it didn't end up being as fantastic as I initially hoped and in an attempt to present a more accurate version of the realities retro collectors face I shall tell the rest of the story.

I collected the Mega Drive and games from the sellers house. The broken rusted and dirty children's toys left to rot in the front garden should perhaps have been a sign to turn back. If this were a real (rather than Facebook  based) Carboot sale you would have seen this seller's table and walked on by; put off by the heap of broken plates and tatty old clothes.  The seller opened the door and thrust two boxes on me, one filled with games the other had a tangled mess of wires and controllers. She was a pleasant well intending woman but certainly wasn't someone selling a prized collection just to make ends meet. "It works" she said avoiding eye contact "but you have to wiggle the wires about a bit and blow in the games sometimes". Excited by the sheer size of the box and the promise of what it contained I didn't pay much attention to this and was all to happy to pass the money over. I loaded the big heavy box into my car giddy with joy. I'd had a look into the box and seen cases with 'Streets or Rage' and 'Sonic' on the side, there was no way, I thought, I hadn't snagged a bargain.

It was only when I got home that I realised quite what I had let myself in for. I had never seen such dirty ill-treated games in my life, a horrifying sight for someone who normally only buys "boxed complete" games. The smell was over powering; l'eau de wet dog and cigarettes. I gagged as I looked at the games, the vast majority I wanted to play but I was just scared to touch them incase what ever was all over the cartridges went on my hands . It would be no exaggeration to say that these game boxes could have been a bio-hazard. Pink paint was spattered across then as if someone had decided to reprint a room but couldn't be bothered to tidy the room first. Though the majority had manuals, pages were stuck together and box art was crinkled where at some point the whole collection had got damp.

This wasn't the start of a mega drive collection I wanted , this was a restoration project, a salvage mission. 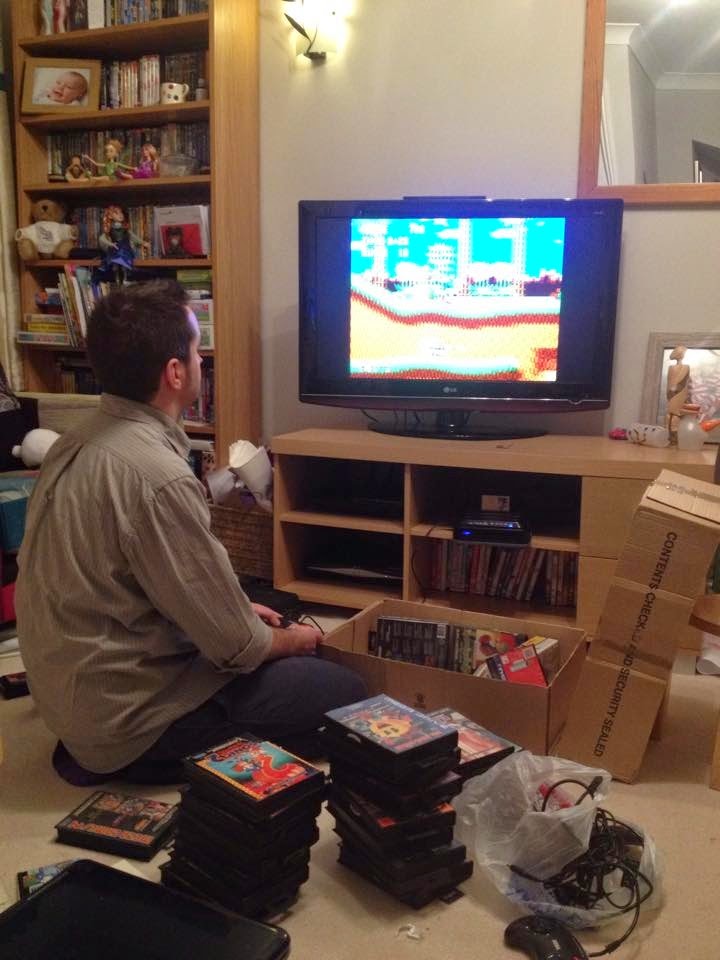 I sorted through the games putting them into piles based on their condition. There was little in the good pile, lots of broken boxes in the bad, and a whole heap of filth in the ugly stack.

For the last few weeks I have not been playing theses games I have been cleaning them. I was lucky that Sega used plastic boxes, (unlike Nintendo who favoured cardboard). This meant that Every single plastic case could have a soak in a bath filled with bleach and floor cleaner. This was the only way the awful smell could be shifted, a damp cloth did nothing. Of course paper and water do not make cosy bed fellows, so washing the inlays and instruction books wouldn't have worked. Instead a pro tip found online suggested the best way to remove smoke smells from paper is to mask it with the minty freshness of peppermint teabags. Evidently the tea leaves absorb the cigarette smell while the paper ends up smelling of mint. It has worked to a certain degree although the over powering aroma of stale mint tea is really the lesser of two evils.

The Mega Drive console itself is now on it's way to a rubbish dump, an unceremonious end for greatly mistreated machine. Upon arriving home with it, only one control port worked and the signal from the aerial lead was intermittent and grainy.  The case though was caked in filth leading me to make the well intended, but foolish, choice of taking the electronics out and putting the shell in the dishwasher. Rebuilding the console was perhaps beyond my limited expertise, as while the Mega Drive powered on no picture appeared on the TV. Even if it hadn't been broken by a  amateur electrician I doubt anyone would have wanted to go near the Sega machine. Even a hour long spell in a console car wash failed to shift either the smell or the caked on mess that I hope was mud but in retrospect could have been something more stomach churning. Similarly, only two of the four controllers met a quality control check . I do not want to touch exposed wiring and cracked PCBs are something a bit of tape won't fix.

So after weeks of risking my life by touching disgusting things what did my £60 really buy me? 48 boxed games in reality was 33 boxed games in okay condition with 8 loose carts. Four controllers halved in number and there was no Mega Drive to put these in. In all honesty I bought the bundle for the games as after playing 16 bit titles on the Retron5 I really wouldn't consider going back to a legacy machine, but it would have been a nice bonus . Although complete at best I would say the bulk of the games are in "okay" condition, a dozen perhaps "good" (if you ignore the lingering smokey minty dog aroma).

Suddenly my bargain of the year seems less of a success story.

Could I sell them on eBay for a profit? Almost certainly as in that grimy box was ten games that at least sell for  £8-£10.

Would I have bought them if I had seen the state of them? No. 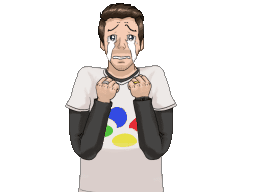 I'm someone who takes pride in a nice box and a cared for game. I don't expect (or really want) mint condition but to get these games up to a standard I'm happy to have on my shelf has been more effort than I really wanted . Free time is precious and I would rather spend it playing games than scrubbing them with mint teabags. You get what you pay for I suppose, I just didn't realise what I was buying for the bargain price.

So while the stories of boot fare bonanzas and charity shop lucky finds are talked about by many, I fear the unspoken failures are just as common.

Retro collecting is enjoyable, sometimes lucrative and often surprising. Maybe it's time we shared the nasty surprises as frequently as we do the lovely ones.
Posted by Julian Hill at 2/13/2015