Licensed games attract an audience based on the name on the box. But is the game's name the only thing that reminds a player of the 'Alien 3' film?

Developed by Probe
Published by Acclaim
Released in 1992

For most gamers the term "film license” prompts a great many thoughts and few of them are positive. With few exceptions video games based on films or TV shows are at best mediocre. Purchasing a licence, also buys a certain fan-base that comes with it. According to Sunsoft producer director René Boutin, smaller companies depended on licensed games to keep afloat. "Working with famous licensed material was pretty cool" he recalls. "We were told that anything that was not tied to a license just did not sell, which was true for the 16bit consoles around that time".  With a big name on the box  a mediocre game can still turn a profit. So while expensive to acquire, licenses were lucrative (even though they left little money for actual development). Worst still the developer has less time to create or play test a game since a license is only valuable when the source material is relevant. For example a game based on a film must hit the shelves when the film is in the cinema or when its released on physical media. While the different Mega Drive and Snes 'Aladdin' games illustrate what can happen when two different developers secure the rights to the same film on different formats this is unusual. Usually a publisher secures an expense license to produce a game on all platforms and to recoup this cost will endeavour to put something on every platform possible. "It was a phase where it made business sense to get our games on as many platforms as possible" recalls 16bit game designer Simon Phipps.

Of course in an ideal world all consoles will have the same game as it seemingly adds expense to develop a different experience for each host machine. So a lead system is decided; typically the system that is the most powerful or which offers the largest target audience. The development team makes their game to this machine's specifications. This version of the game is then used as a template, with the developer (or a third party) adapting the code, graphics, sound and gameplay elements according to the restrictions of the system to which it is being ported. For years it's been considered the most cost effective way to get the largest return from an expensive license. As a result many systems will have a version of the same game and the developers have saved money by adapting rather than creating a unique game for each console. 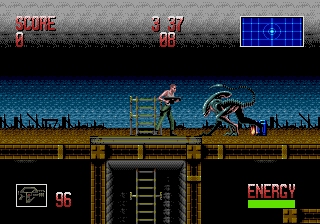 After its two critically and commercial successful prequels, securing the license to produce games based on the latest 'Alien' film was a fantastic result for developer Probe.  “I loved science fiction" artist Nick Bruty once admitted. "We were all big fans of the 'Alien' movies". To maximise return from the license they set to work releasing an 'Alien 3' game on as many platforms as possible, even though some were on their last legs in 1993. In a short space of time versions of 'Alien 3' were released on the Mega Drive /Genesis, Amiga, Snes, NES, Commodore 64, Master System, Game Gear and Game Boy. Even though the publishers differed depending on the system and the region, the games were variations of the same template. That is with two exceptions; the Super Nintendo and the Game Boy. While the latter is understandable given the console's monochrome screen and low resolution, it has never really been understood why 16 bit Nintendo players got a different, superior 'Alien 3'game. With comparable specs to the Amiga and the Mega Drive it would have been possible to produce the same 'Alien3' game on the Snes; it certainly would have been easier and cheaper for Probe to do this. It isn't that the production teams were entirely different. Neil Young and Tony Beckwith (amongst others) are credited as designers on both games.

On the surface the games appear to be cut from the same cloth. Both show the film's main Character Ripley fighting enemies with a range of weapons. The player and enemy sprites, while not identical, are similar. The 2D levels are set in comparable environments and in both games you rescue hostages, typically by climbing ladders and scurrying through tight crawl spaces. Frustratingly for Sega owners this is all you really do. The Mega drive version of 'Alien 3' is much simpler with fast furious but repetitive stages. The Snes version is much more complex, with a greater number of mission types spread across its non-linear interconnected levels. Maybe Probe felt that the audiences for the two 16 bit consoles preferred different styles of games and accordingly produced two separate titles to please both. 'Alien 3' on the SuperNintendo was almost certainly inspired by the success of 'Super Metroid’. Meanwhile the Mega Drive version offers a more arcade like game, not unsurprising given that many gamers bought this console to enjoy the "arcade experience at home". Comparing the two 'Alien3' games does no favours to the Mega Drive version and it's hard to imagine many would think it superior. 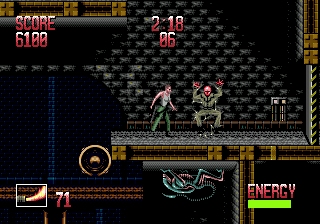 The biggest short coming of the game is its difficulty. Admittedly the Snes game was hardly easy to finish. However its less frantic gameplay made it possible to be slightly tactical, at least initially. With text briefings and maps, while Snes players may have had trouble completing their objectives they always knew what they should be doing. Mega Drive players are offered no such luxury. The instructions at least clarify that on every mission; all you have to do save a set amount of trapped humanoids and then escape using a specific door before clock at the top of the screen reaches zero. Annoyingly you're never given this objective within the game however. After a title screen followed by impressive screen showing a full screen alien and level number, you're thrust straight into the action. 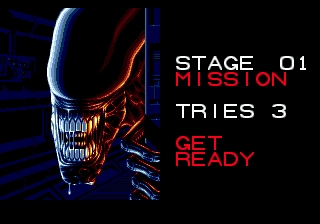 It’s hard to escape the feeling that some of the design choices have been made purely for masochists. It's an unfair imbalanced game where the onslaught of enemies is relentless. To make things worse, while the first few levels have generous time limits it doesn't take long before you're given little more the required amount. Before long it gets to the point where missing a hostage means you may as well give up since there isn't enough remaining time to find them and then get to the exit. A map would of course help. Indeed a lot of time spent playing the Snes game is spent looking at structural plans in order to calculate the optimal route to complete an objective. However, on the Mega Drive Ripley only has a proximity sensor which typically shows you little more than you can see on screen anyway. Being forewarned is of little benefit though. Most aliens leap at you so quickly that they can be nigh on impossible to avoid completely. 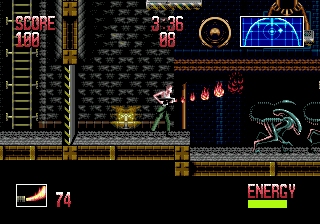 Worst of all Ripley takes far too long to get up once hit. This really is not a good thing when you’re up against the clock and have three more foes on screen to dispatch. The missile launcher, flame thrower and a machine gun must be used sparingly though. The occasional boss fight peppered through the game will quickly eat into your ammo reserves; especially when they act like bullet sponges while you can withstand little more than three hits.

Unlike the Super Nintendo's version of 'Alien3' which at times feels very tense, this game feels relentless. This two differing approaches to music across the two games proves just how different the two games are. While there are dramatic tracks, Steve Collett the composer of for the Snes game also explored the use of subtle drones and foreboding ticks. For the Mega Drive, Matt Furniss has created music that isn't really chilling but is certainly pulse pounding. His approach was "to use all of the [music] channels all of the time". Evidently he would only leave one which would allow for the games sound effects; something he also created for 'Alien 3'.  However the end results are tracks that, while good in their own right, are out of place in an 'Alien' game. 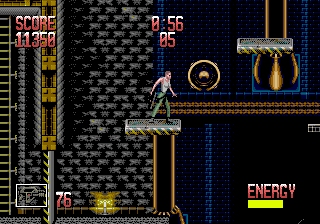 Ultimately this is reflective of the game as a whole; it's not bad but it has very little to do with the film on which it is based. Of course some artistic use of a license is fantastic if it improves the experience for the player, but the Mega Drive's 'Alien3' lacks the film's atmosphere and entire narrative. Unless you've seen the film or read the instructions you’re left with no idea where you are, who you are or why you're being hunted by aliens. The end of the game even changes the end of the film showing Ripley escaping rather than sacrificing herself driven by her confusing maternal feelings. 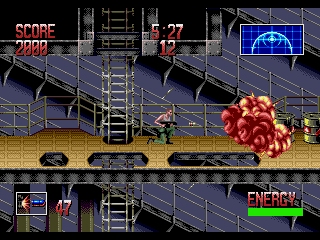 The 'Alien 3' license is essentially used on the box and nowhere else. Yes the main character looks a bit like Ripley but it could just as easily be a very skinny bald man. The aliens look like the film equivalent but in the movie there was only one rather than thousands. It's certainly not a bad game, but the Super Nintendo version is certainly closer to the source material, less repetitive with fairer gameplay.

Anyone encouraged to buy the Mega Drive 'Alien3' came home with a shooter game that's fun in short doses. However if the name on the box was the motivation to buy they won't be getting "every scare and moment of the movie" despite what the advertising claimed.

Where did I get this game?


Like so many of my Mega Drive games I got this in a bulk buy a few years ago. Normally I only buy one copy of multi format games so would have overlooked it, not realising quite how different it is to the Snes version. It's an enjoyable game but for a more authentic 'Alien' fix I'd suggest seeking out the Nintendo based adaptation.