Mixed feeling hit me when I finish the Snes version of ‘First Samurai’ for the first time. I can’t pretend  there isn’t an element of pride having completed the game in 4 hours, on my first try. But mixed in with this are huge amounts of disappointment (having spent £13.30 on a game I’ve finished in 4 hours on my first try) and an ample dollop of confusion. I remember a very different game to this. A much longer, less frustrating, more enjoyable game. A game that wasn’t filled with weird alien enemies and had fantastic (although now probably hilariously dated) title music. I remember the Amiga version of this game, and to be honest I felt short changed.

Imagine the irony then when I looked at an old Amiga Power review for the original. The always dependable Stuart Campbell is taking on judgement duties for this particular title and he spends a third of his review heaping praise on the care taken by programmer Raffaelle Cecco and the creative team at Image Works. “I’m sick to death at some of the half arsed attempts at full priced professional games certain software houses expect the public to fork out for” he rages. “The over-riding theme seems to be far too often ‘oh well its good enough’”. First Samurai is a game worth playing, he screams through his written words. “From the opening sequence to the final battle, this game drips quality. Beautiful graphics, huge levels, superb presentation, instinctive control, magnificent sound and above all attention to detail”. The irony of course is that the Snes version feels every bit a “half arsed attempt”. It’s not “good enough” and it’s a game that in no way drips any sort of quality.  ‘First Samurai’ on the Super Nintendo has seemingly been hacked down from the glorious original by a fool who is as slow and imprecise with his sword as the playable character of this game. 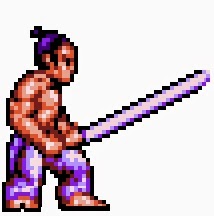 For me it’s Edge Magazine’s review rather than Amiga Power’s that is a far more apt way of describing this console port. It is “slow, boring and done in such a textbook fashion that you’d probably have more fun reading the textbook”. In the two years it took to bring the game to the Snes very little had been improved and much had been lost. Most significantly the level count has evidently halved, explaining my short play through time, and bosses have evolved into much easier equivalents.

I fully understand that the narrative (as flimsy as it is) revolves around the First Samurai using his master’s spiritual sword to enact revenge. Well at least I do because I’ve played the Amiga version; this somewhat essential narrative element has been lost in the Super Nintendo version due to the Nintendo appeasing censored introduction. Clearly this sword is of importance to our titular character, he certainly makes it clear when playing by shouting “oh no my sword” every time it’s lost. It functions mainly as a way of obviously killing heavily censored enemies in a bloodless way. Without it you are force to use kicks and punches which limits you quite considerably and forces you to have to get close to enemies that seem to be much more efficient at close quarters combat. Taking damage lowers you health gauge, and once that’s depleted you lose your sword until you hit enough enemies to get it back. On paper it sounds a lot like Mario and his relationship with size altering mushrooms. You have much more power and ability when you have the sword, but take too much damage and you are crippled and must earn the superior abilities again. However Mario was never prevented from competing levels when ‘Small Mario’, our Samurai is. You see the second function of this all too easily lost blade is to open hidden level paths, by striking walls with it or by hacking through floors and ceilings. 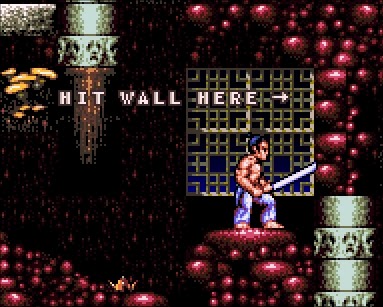 This is not achievable with your fists or feet, so should you come across a section with a concealed entrance without your sword your only option is to backtrack and start killing enemies till it is returned. Monotonous beyond compare, this annoying frustration happens far too often particularly in the last level, where 2 hits from a projectile firing enemy means a loss of sword and with it a need for 5 minutes of grinding. Worse still continue points are only activated by surrendering a portion of your sword gauge, so at the times when you weakest you are unable to trigger them. The above phrase ‘concealed entrance’ perhaps gave you the idea that levels are complex intelligent mazes, filled with mysterious bonus filled areas and alternative routes to the exit. They may well have been on the Amiga, but on the Snes each stage has become essentially linear. The goal of everyone is to find 5 red symbols, which always seem to be behind some sort of impassable trap (be it fire, spikes or blue smoke). These are just imaginatively disguised doors, and the key for each door is a bell hidden elsewhere in the level. 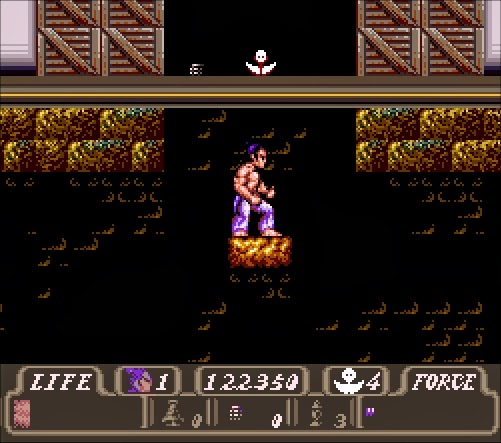 Collecting this bell and ringing it by the trap summons a wizard that neutralises the obstacle and allows you to get the red symbol needed to finish the level. This tragically is all that is left of a game that originally had Metroid-eque sprawling levels with complex yet accessible puzzle challenges. It’s odd, First Samurai was obviously a computer games that really wanted to be like a console game but now that it’s finally made it onto the SNES it plays so badly it fails to compare with similar games on the system. 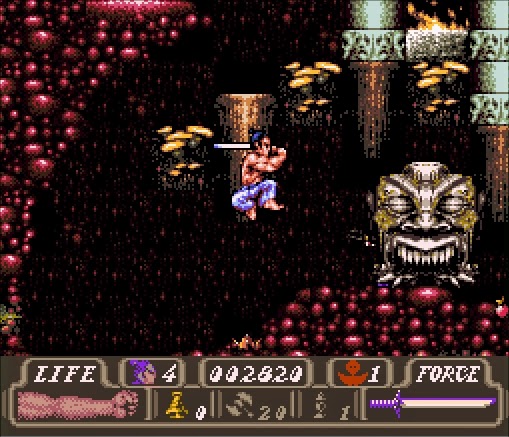 Stuart Campbell recalls that for Amiga owners’ “the overall feel created by the soundtrack is a glorious epic one and it gives the game an atmosphere unlike any experienced”. For Snes owners glorious and epic, have to be exchanged with repetitive and poorly digitized. In a game where you do a lot of sword swishing (until the game takes this key mechanic away from you) the last thing you want to hear is a player saying “he ya” every time you press a button. Hearing ‘The Hallelujah Chorus’ whenever you collect treasure would be great if it wasn’t horrible distorted and oddly truncated.

Oddly though in their review, the usually trust worthy Super Play seem to think all these short comings in sound and level design equate to a “subtly improved game” , “sprinkled with loads of nice little touches that make it both lost or fun to play and really involving”. Indeed the only critique they had was the one thing that it has carried over from the Amiga original; its look and graphics. 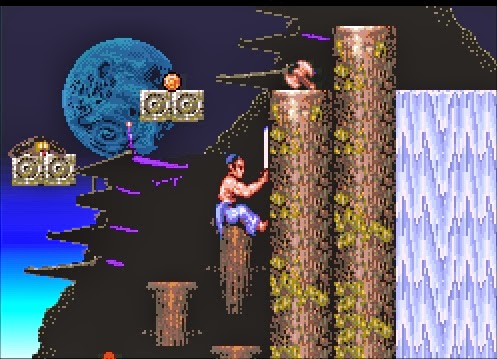 “Had these been spruced up a bit we’d be looking at a corker of gargantuan proportions here. No stunner to look at but underneath it’s a finely tuned adventure slice-em up with weeks of playing potential”. Our opinion differs, the graphics on the Snes version are fine – it’s everything else that needs work.

Stuart Campbell closes his review by saying that the Amiga game is “an object lesson to programmer’s everywhere in - yes – how to do it properly” In that regard the Snes game is an object lesson in how to do things quickly, heartlessly and carelessly. It reminds me of those games you see on the App Store, ripping off successful original games in the hope that the public will be duped into buying this game thinking it was the original one. It may look the same (much to Super Play’s disgust) but it’s a shadow of its former self.

Even judging the game on its own merits ignoring the original, it’s hard to be too polite. Where the bulk of the brief experience is going from screen to screen killing the repetitive enemies and hoping your sword lasts long enough for you to actually use it to finish the level.  If its a hack and slash it needs more variety in the things to kill, and more ways to kill them. If it’s an exploration game it needs to have some puzzles and if it’s to be considered value for money it needs to last longer than a few hours.

It only seems appropriate to end with the wise words of Stuart Cambell, who while praising the Amiga’s ‘First Samurai’ really does encapsulate why I was so disappointed with the Snes’ ‘First Samurai’ which is clearly a very different game. “Mediocrity has been an accepted standard for too long – there’s no such thing as ‘good enough’ as far as I’m concerned – either you have the pride and integrity to work at a game until it’s as near perfect as it can feasibly be, or you’ve got no business expecting to sell a copy”.

Where Did I get this big load of half arsed disappointment from?
This game is another I bought impulsively on Ebay. Fuelled by my affection for the original game, I bought this in rather nice boxed complete condition for £13.30. I really wish I had researched the difference between the version I remember and the version I now own, as if I had I would now feel less disappointed and be 4 hours into another game.
Posted by Julian Hill at 2/28/2014