A bullet hell shooter, where the only thing that can kill you is yourself. 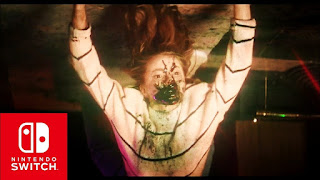 You’d be right to be confused when you watch the reveal trailer for ‘Terror Squid’.  Showing no in game footage, the surreal promotion shows a couple in a bar, vomiting black ink as the world around them deforms. Drenched in neon colours with a distorted 80’s electro sound track, it is hard to ignore the ‘Stranger Things’ inspiration. The phenomenally successful Netflix series as well as shows like ‘Glow’, ‘Halt and Catch Fire’  and films like ‘Wonder Woman 1984’ have made modern video gamers glamorise a time 40 years ago. Nostalgia is the real strange thing. Like a demogorgon it sneaks up on people slowly over time, the memory of the unpleasant times fade and they’re replaced by a rose tinted idealization. The passing of several decades can work wonders for an era’s cultural reputation, especially among those too young to have a first-hand memory of it. The 80s were a decade of awful unemployment, the arrival of AIDS and the lingering threat of nuclear war, but no one wants to remember that. It’s much more fun to throw on a shell suit, listen to some synthesizers and play some games that look like ‘Super Mario Bros’ and ‘The Legend of Zelda’. But even these games are false representation of the entirety of the eighties. Both didn’t come out till five years into the decade, and there was a whole lot of other games before them.

We had the Sinclair Spectrum with its garish colours , we had the five minute wait while games loaded from cassettes assaulting our ear drums with high pitched noises. One of my earliest brushes with game playing came at a friend’s house when we played ‘Space Wars’ on the ‘Vectrex’. This system has largely been forgotten which is a shame because it was pioneering. Had it been more successful, it is likely the Vectrex could have changed the home computer market. First released in 1982 the system offered vector graphics, using lines rather than pixels to create images. While other systems connected to a television set, the Vectrex came with its own monitor, which was oriented vertically rather than horizontally. The American video game crash meant it sold poorly, however it was critically praised thanks to its use of 3D and rotational effects to achieve unprecedented graphics. 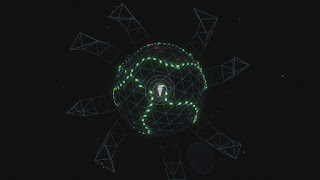 It is this look that has been influential in the design of ‘Terror Squid’. Arguably it’s a modern retro inspired game that is actually more reflective of games available during the early eighties. It celebrates vector graphics, lavishing upon them modern visual flourishes. It a look that pairs wonderfully with the sound track; a tribute to the music of Depeche Mode, Duran Duran and ABC. However, sadly ‘Terror Squid’ is actually a game that’s stylish and authentic, but lacks enough varied gameplay to be enjoyable for a long period.


‘Terror Squid’ is a game that seems to want to unsettle and confuse the player, in the same way the reveal trailer baffled audiences. The game visually glitches, throws up single frame subliminal messages and makes no attempt to explain its gameplay. You are tossed into this arcade style bullet hell shooter, with no tutorial, no instructions and no help of any sort. You’ll play a number of games before you even realise what the aim is and even at this point you’ll still have no idea what the various ship actions are for. 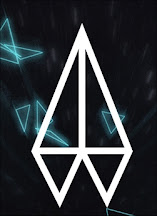 Essentially ‘Terror Squid’ is a mixture of ‘Geometry Wars’, ‘Super Stardust HD’ and that ‘Snake’ game that was included on every Nokia phone. You control a little vector ship that is shaped vaguely like a squid. This ship perpetually moves and you simply control the direction it travels over a transparent vector planet that rotates beneath you. While there are no foes to kill, your vector squid continually shoots bullets. Initially in a stream behind you, but as the levels advance the patterns of projectiles you emit changes. Later levels see you firing waves of bullets in front of you or dropping smart bombs that explode after a pause. So without enemies to kill you quickly realise that the only enemy in ‘Terror Squid’ is yourself. You move around the globe, dodging the orbiting bullets that you involuntarily shot earlier. “What goes around comes around, as your inky bullet reign of terror circles around the globe creating an apocalypse of your own design“ notes the game’s developers.  Survive for long enough and you can unleash a “primordial blast of dark energy” that detonates your projectiles in chain reactions. After this you’ll enter a new  ritual at which point your projectiles evolve and you have something new to fire and then dodge. To keep you alive for longer, the vector ship also has a dash ability that allows you to pass through some bullets. However, as this can’t be used continually your fate is always the same. Eventually, you will kill yourself. “You must weave through a bullet hell of your own making” says creative director Syver Lauritzsen. “It’s such a simple premise, but we fine-tuned it to have plenty of tactical, score-chasing depth”.  The game offers a list of "Sigils" one of which is earned when a player survives for 2 minutes. This illustrates just how hard the game becomes. “Play throughs are brief and tense enough to feel like an epic odyssey in the span of a minute” says Lauritzsen. 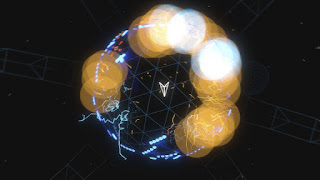 The problem is ‘Terror Squid’ gets monotonous very, very quickly. Like an endless runner game, you get to know the starting level intimately because you have to play it on repeat. While it initially seemed intimidating, once you’ve dealt with much harder levels having to play the comparatively simple opening stage over and over again gets dull. But its unavoidable. There is no level randomisation and while there may be fun and more interesting stages later in the game it’s a slog to get (back) to them. I was thrilled to see a stage where my vector squid slowly fired out pink blobs that then honed in on me, like a bacterial stalker.  It was exciting to face something new. Problem is that you don’t know what a new weapon will do to you, before it starts doing it. Inevitably you’ll die and you’ll then have to go through all the familiar stages in order to see it the new variant again. 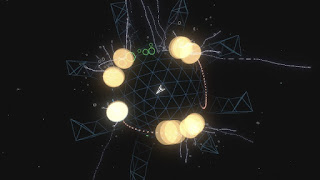 In an hour I had played the game around 50 times, and in this time I had felt I’d seen all the game had to offer. There’s global high score tables, but such things have never really interested me. It’s fun to compare against friends but I don’t care if some anonymous name somewhere in the world has managed to last for 300 seconds.

‘Terror Squid’ would be a great bonus stage in a horizontal or vertical shooter. It’s a novelty for bullet hell fans, but it simply is too much of the same for a casual player. There’s no doubt it looks great, with the misaligning graphics and metallic sound effects creating genuine unease.  “We […] wanted it to feel haunted, just as the best 80s arcade games infect your brain in ways both terrifying and entrancing” says Lauritzsen. And there-in lies the problem. “The best 80s arcade games” was intended to be played once, for a short burst of time.

As great as ‘Asteroids’ and ‘Pac Man’ were 40 years ago, no one wants to play them over and over again today and these even games include random elements. The asteroids and ghosts move around the screen unpredictably, making each play slightly different. However, in ‘Terror Squid’ you know what’s in the next stage, you only have to get to it by not being careless.

Unless you’ve unleashed your level ending smart bomb so that it triggers enough chain reactions the next stage could be impossible. Residual undefeated foes from previous stages still loiter, while you try to get to grips with a new method of vector ship suicide. It is a fair game; you always feel responsible for your own demise but weirdly that doesn’t stop it being frustrating. Bullet hell shooter fans will get bored with repetition, those new to the genre will likely be put off by all the literally unavoidable death.

Is there fun to be had with a game you can’t win at? Well, I enjoyed playing ‘Terror Squid’, and it is perfect for quick plays when you’re waiting for a train to arrive.  However £8.99 for a game that is at best fun for a couple of hours seems expensive. It is great to see games celebrating the lesser known video game visuals of the past, but for me the Vectrex nostalgia was the best thing about “becoming terror”.

A copy of this game was provided for free by the publisher. They have not seen or had any influence on this article prior to publication.