Visual novels traditionally seem to feature anime protagonists facing apocalyptic situations. But what happens when you take travel memoirs and turn them into interactive fiction?
Developed by Different Tales
Published by Forever Entertainment
Released in 2020

As Big Ben chimed on December 31st 2019, I made a new year’s resolution. "This will be the year I travel again" I promised myself, mentally pledging to visit at least two new countries in the next year. I didn’t anticipate big long journeys of self-discovery, but perhaps a few daytrips here and there when work allowed. It had been so long since I had been anywhere abroad that didn't involve hugging Mickey Mouse and exploring his magical kingdom. Not that I didn’t love doing that of course, but life changes had meant that I could now travel without my children in tow. Better yet I’d met someone who shared and inspired my desire to see the World, who was happy to join me on my global jaunts. Then, 2020 happened. By the years end I obviously never did get to honour my resolution; no one traveled in 2020 for obvious reasons. But my yearning to see the World didn’t dissipate so instead I watched more and more travel vLogs and documentaries, getting hooked on TV shows like 'Race Across the World' and playing travel inspired board games like 'Tokaido' and 'Trekking the World'. Now frustrated and landlocked, it’s hardly a surprise that the game ‘Wanderlust: Travel Stories' caught my eye on the eShop. 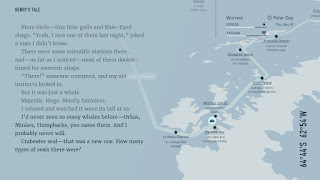 It’s a game by Different Tales, but to label it "a game" is somewhat misleading. It was created by Polish designers Artur Ganszyniec and Jacek Brzeziński, both known for their work on 'The Witcher' games. Ganszyniec believes that "Wanderlust' is an example of "slow gaming", where thinking and feeling takes precedence over skills and reflexes. “I was tired, always running, overworked and overstressed. [...] always focused on the next release date" recalls Ganszyniec. "Stopping was not an option, but slowing down… slowing down was doable.  I needed games that would slow with me, that would encourage me to reflect, that would make me feel something more than anger, fear, frustration, and euphoria. Games that would feel relevant to my adult life. Games that would give me space to grow at my own pace." It was an unconventional desire, given that most game publishers seems to strive for "more, bigger, louder, greater". We are perpetually told that video game players today have short attention span and anything that demands excessive thought or reflection should be discarded in favour of titles that immediately offer continuous visceral thrills. As such Ganszyniec's search for pensive, passive titles wasn't a fruitful one. "There were not many such games that I found" he laments. Undaunted, he set out to make a "slow game" and 'Wanderlust' is the result; a slow paced visual novel that plays like an old "choose your own adventure" style book. 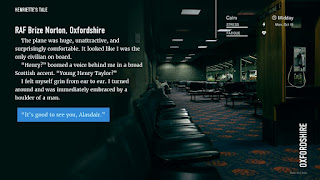 Interaction is limited to simply picking between a few narrative options. While you can take slight deviations on the way, the game’s plots and their start or end points, are predetermined. "We wanted to make the story interactive; the first thing that usually comes to mind is to present more options. But they branch into many consequences, exponentially exploding the story tree “admits Ganszyniec. “We knew that we needed something very streamlined. Our time, budget and research, gave us a very tight set of constraints. We decided to focus less on shaping the world, and more on experiencing it". While the stories themselves don't change significantly, the tone will shift depending in a characters mood. "The player’s decisions, apart from branching the story from time to time, usually influenced stress and fatigue. The resulting mood was being fed back to the story, modifying the context" explains Ganszyniec. "It allowed us to save on the extensive (and expensive) branching and to keep the story within our limits, while allowing for extensive personalization of the events."

As such, you can't fail in this game; you can't make the wrong decision and end a story prematurely. However the protagonist’s perception of their environments is player determined, with the text subtly changing to reflect an earlier decision made. Player immersion is achieved when this is combined with you determining the order in which the story segments are presented.  According to the eShop listing 'Wanderlust' is "the bridge between literature and gaming" as you "step into the shoes of modern travellers you shape how their stories unfold" and in so doing "make their journeys your own". It successfully achieves the illusion that you are in control of the narrative's evolution, even though the story arc is at its core always the same. 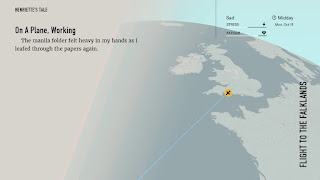 "I believe that the creator-player co-authorship is unique for games as a medium" Ganszyniec claims. "This medium is capable of telling the whole range of human stories, not only those about conflict, overcoming frustration and gaining mastery of a skill." But by ignoring traditional gameplay and focusing a game so pointedly at telling tales, the stories on offer obviously have to be ones worth telling. More importantly, when all you’re going to be doing is reading, the narrative content of 'Wanderlust' has to justify the price tag, which is many times greater than most traditional digital novels available on eReaders.

Starting on Easter Island, you meet an unlikely group of travellers who have come together in a bar sheltering from the rain. You pick from each of the group one at a time to hear their tale of travel. After all "to focus on too many people at once, there’s no real connection". And being able to relate to them is the key strength of the six long and five short stories told in 'Wanderlust'. The diverse selection of protagonists means there is certainly going to be at least one story you directly feel a kinship to: An older Portuguese lady, a British Father and Daughter, a German student or a Polish explorer. Each tells the story of "the journey that changed them most". You pick the order in which you read the stories and each varies in length but there's about 12 hours of content in totals. All are Inspired by true stories and set in real places. According to the developer "each [is] written by its own team of authors. Every journey offers a unique play style as you experience travel through the eyes of distinct individual." By the games conclusion you will have read about   the mysterious statues of Rapa Nui, the bustling streets of Bangkok, pristine expanses of the Antarctic and the grasslands of the Serengeti. The intimacy and detail of the text makes it obvious that the writing of 'Wanderlust' has been done by passionate travellers and experienced reporters. "To make a game grounded in real experiences we took on board a team of travel journalists, writers, and anthropologists" says developer Different Tales. 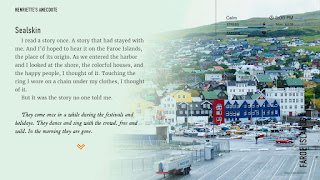 The reams of (thankfully well written and grammatically correct) text feel like sections taken from a Lonely Planet travel guide. There’s no real jeopardy or danger in the tales, but the experiences described are certainly inspirational. "From the very beginning, we had this idea, that we wanted to simulate not the boring parts of traveling, but the feelings and emotions of a traveller" says Ganszyniec. "We hope the overall narrative is credible enough to show you a truth and personal enough to keep it interesting”.

Alongside the text are beautiful images, so environmental description is noticeably absent. Of course the old adage that a picture tells a thousand words is certainly the case here as "tasteful aesthetic, bespoke photography, set the tone. Just enough to stir your own memories or feed the imagination". Not bogged down with adjectives, the onscreen text instead focuses on conversation and character action, detailing what a story's protagonists says and does, rather than what they see. But be warned. There are some very occasional naughty words scattered amongst the adventures though. It isn't anything too shocking and more of a reminder that this is a game for adults, not something you'll gather the family around to read together.

While you can advance the text freely, it’s worth noting it is impossible to scroll back. You can't reread anything, nor can you undo a decision that’s been made. The latter is more troublesome as occasionally a choice will advance the narrative meaning you are forced to skip asides you could have wanted to linger on. As a rule of thumb, going anywhere that has transportation or a place to sleep will move onto the next chapter of a story. If you want to wallow in all the story that 'Wanderlust' has to offer it’s always worth picking these last. 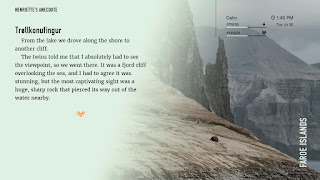 "'Wanderlust Travel Stories' is a literary experience, and we made sure nothing distracts you away from the text" says Ganszyniec. "The static photos and illustrative soundscapes are there just to stir your imagination." This may be true, but it also slightly feels like a justification of the monotonous music. Of course background ambiance does contribute to the mood and occasion of a scene, but you'll also notice how quickly they repeat. How big this is an issue will largely depend on how fast a reader you are. What's on offer is certainly good quality, but there simply isn't enough audio variation. I doubt many will have kept the music and effects volume at full for the duration. The biggest omission however is the lack of a narrator’s voice - you have to read all the writing. Most books come out in audio form now, so for a work of interactive fiction it seems cheap that it’s missing here. Of course each story would need their own narrator, but that is also something that exists in audio books that have shifting protagonists. If this "slow game" or "visual novel" is intended to be competing with audio books it needs to at least offer as much as they do, especially because it is much more expensive than most at full price. Similarly the pictures, as beautiful and Instagram worthy as they are, are totally static. I would have liked to have seen lighting effects or even some simple particle over lays to make the scenes more engaging. Dust in the African Plains, snow in the Antarctic, flickers of light and heat haze in the busy streets of Thailand. None of these would have been hard to do but they would have elevated ‘Wanderlust’, making it feel more like a polished premium product. At £13.50 it’s a bit of a hard sell, especially when you can buy better travel memoirs in audio book form for much less. Thankfully though 'Wanderlust Travel Stories' is often on sale and if the idea of reading rather than button bashing is appealing then it’s worth a look. Try the demo and if you yearn for more there’s a dozen hours waiting for you.

Like all books, how much you appreciate 'Wanderlust' will likely come down to how appealing the subject matter is. I very much enjoyed seeing the world through the eyes of the protagonists, and the well written stories had me hooked. This may well be because I long to be there in person, but while that remains an impossible dream 'Wanderlust' can enjoyably whet the appetite.

A copy of this game was provided for free to review. The developer and publisher have not seen this article prior to posting, nor have they had any influence on its content.

Email ThisBlogThis!Share to TwitterShare to FacebookShare to Pinterest
Labels: Switch